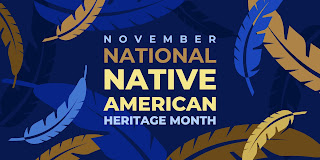 National American Indian Heritage Month celebrates and recognizes the accomplishments of the peoples who were the original inhabitants, explorers, and settlers of the United States.

For what is estimated to be about 10,000 years, the Takelma Indian Nation has lived in and around the Rogue River area, and in particular, right here in Grants Pass. 10,000 years! I am having a hard time comprehending that amount of time. Europeans settled the Rogue Valley in about the mid-1800s and it was not without bloodshed. Eventually, the predominantly white settlers took over the land and it is now what it is today. There is much to be sad about, but there is also much to admire and celebrate. As we focus on our original settlers to our region this month, I have a couple reflections and some, "did you know?" trivia that I thought was just remarkable.
Many years ago, I received a most thoughtful gift from a friend who knew of my passion for photography, particularly landscape photography. The book was a biography of Edward Curtis, a Seattle-based portrait photographer in the early 1900s. The book combined Curtis' rich and compelling images with his life story of documenting the cultures that were quickly being lost to the westward expansion of North America. This book changed me and the way that I view those who settled this land, long before anyone from Europe ever showed up. If you like photography, check out some of Edward Curtis' images housed at the New York Public Library, click here. His work almost single-handedly preserved many Indian nation's cultures that would have been lost.
From my childish memories of playing "cowboys and Indians" to quite simply false information about Indians, I was quickly schooled on the impressive, complex, and beautiful cultures that Curtis was preserving. Often at great peril to his own health and safety, the biography pulled me into the story of what was happening across America to a people who had lived here for thousands of years. Detailed accounts of these cultures are now preserved in striking images, audio recordings, writings, and in some of the first motion pictures.
This led me to explore more about Native American cultures. What they were like. What discoveries they made. How they coped with living in the wilds of America. You might be just as surprised as me to know about some of the following inventions and innovations.
Did you know?
Rubber - Ever enjoy playing catch with or bouncing a rubber ball? Native Americans developed rubber which was used for a variety of purposes including rubber balls that were taken back to Europe by Columbus. Rubber would later be developed by a fellow of the name Goodyear.
Kayaks - The Inuit of the Alaska region developed small, lightweight boats with a sealed cockpit to keep water out, even if the boat capsized. Our modern kayaks have changed very little in design from the whalebone and seal skin kayaks of the Inuit.
Goggles - Wooden goggles? The Inuit also created a way to protect their eyes from blinding snow and over-exposure to ultraviolet sunlight. Slits in the wooden eye coverings allowed travelers to see in the blinding light. The predecessor to my cool Ray-Bans.
Suspension Bridges - Not surprisingly, Indians developed massive suspension bridges to cross some pretty impressive chasms. Using grasses and reeds woven together, Indian suspension bridges spanned areas up to 150 feet and had fiber cables as thick as a person. What is remarkable is that these bridges predated European suspension bridges by almost 300 years. There is one surviving bridge in the Andes that has been in operation for 500 years.
Syringes - I think you are getting the point to all of this, but just to make sure it sticks, Indians developed syringes from bird bones and bladders to inject medications into patients. It wasn't until about the 1850s when Europeans started using a similar method to inject medications.
Well, I didn't know, but I continue to be impressed with learning about our Native Americans and the diverse cultures that have existed here for so long. Talk about innovations and adaptations to our wild continent. To read about more Native American innovations, click here.
To read more about Native American History, click here.
And here is a wonderful teaching resource from Edutopia: Edutopia's collection of Native American lesson plans.
If you have some lessons or activities that others might benefit from, please share in the space below.
Take care,
Todd
Blog Equity Heritage Indian Native

Popular posts from this blog 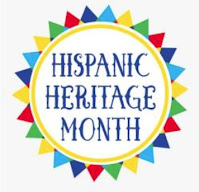 Each month, we will share out ideas and resources for that month's equity focus which is aligned with the national monthly designations. September 15 through October 15 is Hispanic Heritage Month. I will include a few items that you may be able to use in your classroom, but there are so many great ideas and lessons that you all are doing. So, I have set this up as a "Give & Take" forum. I will get the conversation started, but if you have an activity or lesson that fits with the month's theme, please feel free to add it to this blog.  In each monthly celebration resource, I will include the background of the monthly national designation and some ideas for elementary, middle, and high school levels. Please feel free to use any of it, be inspired to create something better, and then share an idea for your colleagues to think about--even just sharing a link to a site that has some great ideas is really helpful. If we all do a little bit to teach our students about th
Read more

Click here to listen to this as a podcast . Rachel was diagnosed early on in life with a cognitive memory disability. Essentially, she did not have short-term memory and could not remember what was happening in the moment. Her family and everyone around her knew and tried to support her as best as they could. When she came to my high school English class, one of the projects was to recite a monologue from Romeo and Juliet . Everyone let me know that to accommodate Rachel, I needed to let her simply read a monologue. While my head knew that was probably what needed to happen, I just wondered if Rachel wouldn't rather try to memorize the text? So, I did a very strange thing: I asked her.  "Rachel, this next assignment requires that you recite something from memory. Do you want to try and do that?" Rachel looked deeply at me and I could tell she was really pondering what I was asking her to consider. Then, with a look of defiance, she replied, "I want to be able to do t
Read more

D7 Give and Take