May is Asian Pacific Heritage Month 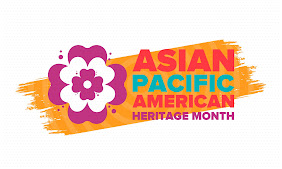 May is National Asian Pacific Heritage Month!
I didn't know it at the time, but this new kid to our class would soon become one of my best friends growing up. In the 5th grade, Gia Phu Phan (pronounce ya fu fon) showed up to class one day and I can remember this quiet, if not steely-eyed figure trying to understand what was going on. Gestures and crude sign language were how we helped him navigate our strange American school ways. Nothing seemed to phase him. He just looked intently at all that was happening to him, taking it all in. Classroom work was difficult because of the language barrier, but the playground was where he shown. He could do things with a soccer ball that none of us could do. To hear him laugh and see him have fun was wonderful. Eventually, he started trying out the language. Pronunciation would always be difficult for him, but he was determined like nothing I had ever seen. I don't think I have ever heard him say my actual name, Todd. Just, "Toe." Ds were just something that didn't happen so "Toe" just stuck.

For some reason, we became fast friends. I ran interference for him as he grappled with this new land. I seemed to know he had been through a lot, that he was a survivor. But I truly had no idea what he had already been through. I learned much later that by age 10 he had experiences most of us born in the U.S. will never, ever know. What I did not know was that Gia Phu was one of the surviving children who risked their actual lives to flee Vietnam during the terrible aftermath of the end to the Vietnam Conflict in 1975. Shot at. Swimming in the open ocean to an overcrowded vessel. Floating at sea for who knows how long? The odds of this young child making it alive to the United States was remarkably low. Sponsored by a local church, Gia Phu came over with an uncle, but would never see his parents again.

I share this because it is not only a remarkable story of courage and success but because it is not an unfamiliar story to immigrants from Pacific Asia. It was Jeanie Jew in 1976 who was the President of the Organization of Chinese American Women, who began advocating with the government about its lack of Asian Pacific representation in the U.S. bicentennial celebrations that same year. She was successful in getting the first Asian Heritage Week started in 1979. In May 1990, the holiday was expanded further when President George Bush signed a proclamation making it month-long for that year. On October 23, 1992, Bush signed legislation designating May of every year Asian Pacific American Heritage Month. The month of May was also chosen to commemorate two significant events in history: the immigration of the first Japanese immigrants to the United States on May 7, 1843, and the completion of the transcontinental railroad on May 10, 1869 (Golden Spike Day). The diversity and common experiences of the many ethnic groups are celebrated during Asian Pacific American Heritage Month with numerous community festivals (www.archives.gov/eeo/special-observances).

Let's take some time this month to share about the journeys, contributions, and resilience of our Asian Pacific community. The beauty of the United States is that with the exception of the Native Nations, all of us came from some other land at some point. We are all here now. Together! As human beings, we are much more alike than different and we all have important stories to share of who we are, where we come from, and where we are going together. In the spirit of Asian Pacific month, let's celebrate our diversity as a community, honor each person for who they are, and build our community to be the resilient community that it really is.

NEA has collected a number of great lessons that are listed out by grade level. Take a look. https://www.nea.org/professional-excellence/student-engagement/tools-tips/teaching-asian-and-pacific-islander-heritage

Popular posts from this blog 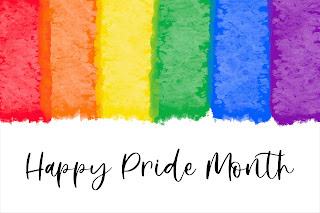 June is when we celebrate our pride in the diverse ways people connect to one another. You may be seeing a lot of rainbow flags and images wherever you look. The rainbow has been a symbol for quite some time now for those who are part of the LGBTQIA2+ community and is often referred to as the Rainbow Community. And those who are showing a rainbow symbol are letting others know that they either identify as LGBTQIA+ or they are an ally, a support, and a safe person to be with for those who belong to this community.  However, it is a lot of letters and many people are not even sure what the letters stand for, let alone what it means to be an ally or a safe person to be around. This is a great opportunity for us all to learn how knowing just a little bit can have a significant impact on others.  First, what are the letters?  L = Lesbian G = Gay B = Bisexual T = Transgender Q = Queer or Questioning I = Intersex A = Asexual 2 = Two-spirit + = To represent other variations Each one of these c
Read more 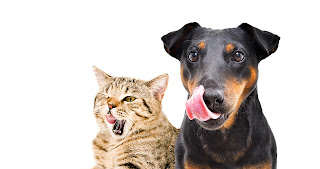 January is D7 Diversity Month‒ No Child Eats Alone Click for Podcast version January is the official start to our equity work each year as a district and we are claiming January as our Diversity Celebration Month. Each week, there will be diversity ideas to share. Our first focus is what we are calling, “no child eats alone.” I think we can all relate to eating together and how that can bring us closer together. So, this is more than just eating lunch together, this is about our relationships with each other. This is to make sure that every student in our district feels like they belong.  Belonging vs. Fitting In For so many of our students, they are working hard each day to fit in. We know from the research and quite frankly, from our own experiences, how much harder it is to fit in than if you just belonged. For me, I think about when I was a freshman in high school. I can remember how I really struggled to be calm since each day seemed to bring with it so many unknowns–will I reme
Read more 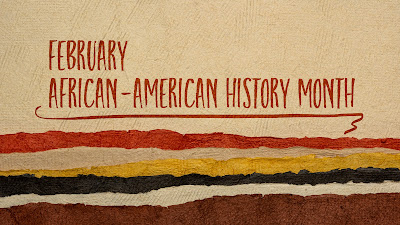 February is African American History Month   Click to Listen to the Podcast I don't even think about it. The color of my skin is the same as 73.3% of the students who attend GP schools and 81% of the staff who work in our schools. So, I don't even think about the color of my skin, and I often have a hard time conceptualizing what it must be like to live each day being reminded that my skin is different from most everyone else. I also don't know much about what it is like to be stereotyped just for looking different. Sure, as a white male, I know I walk into a room with various elements of privilege and people make assumptions about me without ever really knowing me. No one would ever know that I grew up a child of poverty which has created an interesting lens through which I view life. And, if most everyone is of the same race around me, why do we even need to talk about how skin color impacts us differently? Is it such a big deal? Well, it is if you are a person of color-
Read more

D7 Give and Take